What’s the nature of mental illness?

Neurology vs. Psychiatry: The Social Production of Knowledge 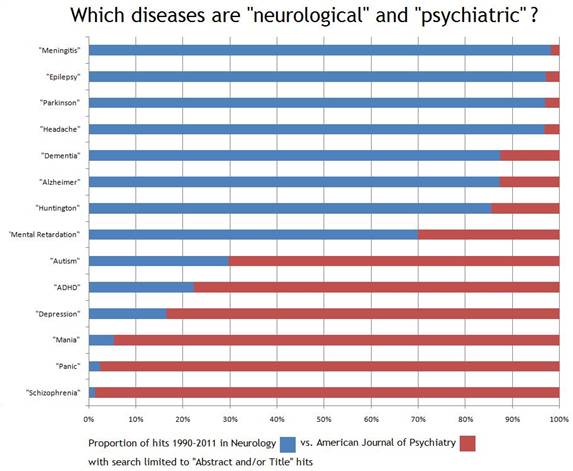 Creating or Identifying Mental Illness: what American psychiatric definitions of illness do

The New York Times Sunday Magazine featured an article (a preview of a book) by Ethan Watters about the globalization of American concepts of mental illness (linked below). In short, along with our flavored lattes, burgers and GAP jeans, American concepts of illness are spreading across the globe. I would argue they have spread and are relatively well-integrated into the majority of societies’ understandings of a wide range of symptoms. There are very few places untouched by American conceptualizations of mental disorders, particularly those of the American Psychiatric Association. Relatively ignored in this shortened version of Watters’s argument are the contributions of Sociologists of mental health in describing the construction of illness and how illness conceptualizations/categories spread and affect both individuals diagnosed with the myriad psychiatric conditions now considered biological disorders by American Psychiatry as well as cultures and societies more generally once these concepts become commonly accepted.

The Americanization of Mental Illness

A version of this article appeared in print on January 10, 2010, on page MM40 of the New York edition.

AMERICANS, particularly if they are of a certain leftward-leaning, college-educated type, worry about our country’s blunders into other cultures. In some circles, it is easy to make friends with a rousing rant about the McDonald’s near Tiananmen Square, the Nike factory in Malaysia or the latest blowback from our political or military interventions abroad. For all our self-recrimination, however, we may have yet to face one of the most remarkable effects of American-led globalization. We have for many years been busily engaged in a grand project of Americanizing the world’s understanding of mental health and illness. We may indeed be far along in homogenizing the way the world goes mad.

Adults with past-year mental illness are more than three times as likely to use and abuse drugs as those who have not experienced mental illness in the past 12 months. About 20 percent of U.S. adults aged 18 or older suffered from a diagnosable mental, behavioral, or emotional disorder in the past year. However, more than 60 percent of these 45.9 million individuals failed to receive mental health services during that period.

Finding Purpose After Living With Delusion

Considered to be at the high-functioning end of the autism spectrum, Asperger syndrome has become more loosely defined in the past 20 years, by both the mental health profession and by lay people, and in many instances is now synonymous with social and interpersonal disabilities. But people with social disabilities are not necessarily autistic, and giving them diagnoses on the autism spectrum often does a real disservice. … Eventually, biological markers, now in the beginning stages of development, will help in separating autism-spectrum disorders from social disabilities. For example, researchers at the University of Pittsburgh Medical Center have recently developed three-dimensional brain scans that look at brain wiring. In preliminary studies people with autism-spectrum disorders appear to have too much wiring and disorganized wiring in areas involved with language acquisition. 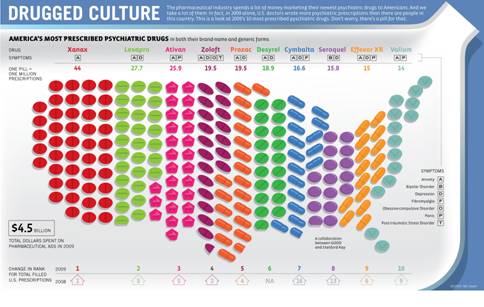